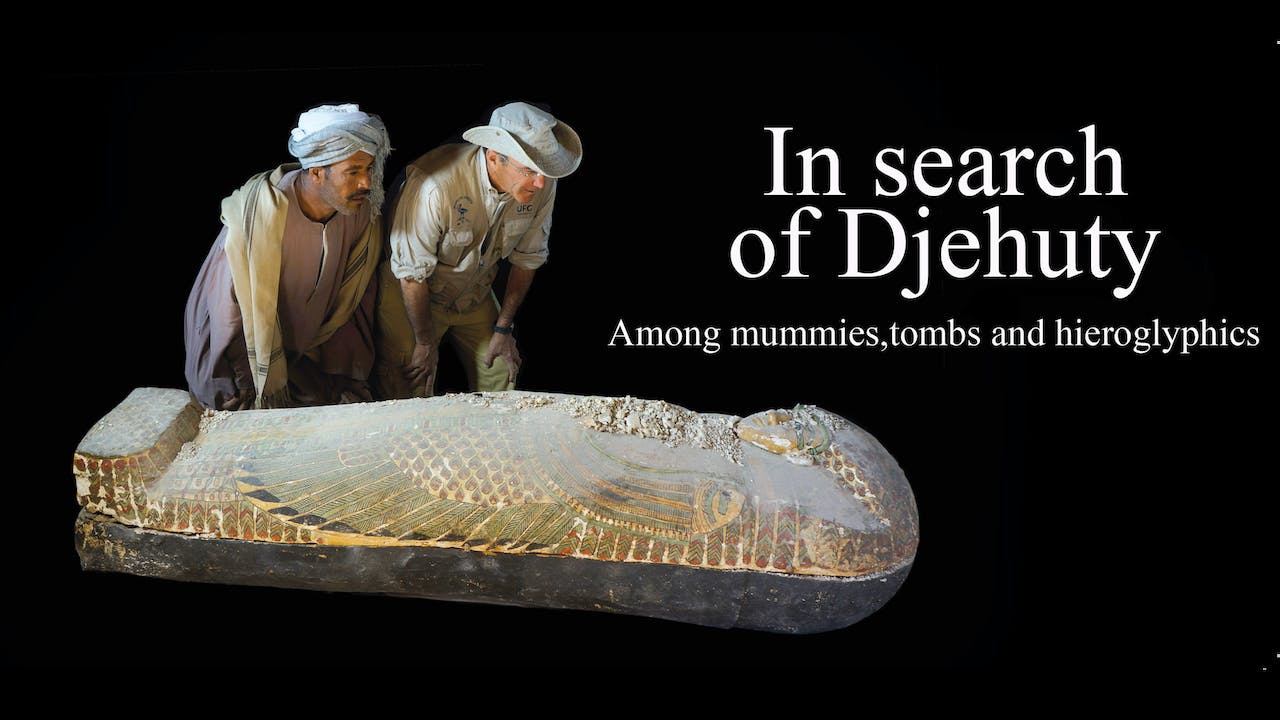 IN SEARCH OF DJEHUTY (55') (English Version)

In search of Djehuty
Among mummies,tombs and hieroglyphics

Exciting story of 13 archaeological digs in Egypt in the footsteps of Djehuty, the overseer of the treasure under Hat-shep-sut, the first female pharaoh. Their faces and names were systematically erased 3,500 years ago to obliterate their memory. Today, an international scientific team restores his memory investigating the necropolis of Dra Abu el-Naga in Luxor. The tomb of Djehuty and his unique version of the Book of the Dead are the starting point for an adventure filled with new characters, valuable finds, astounding discoveries and unusual shots of the work carried out on the site by egyptologists, archaeologists, anthropologists and restorers.